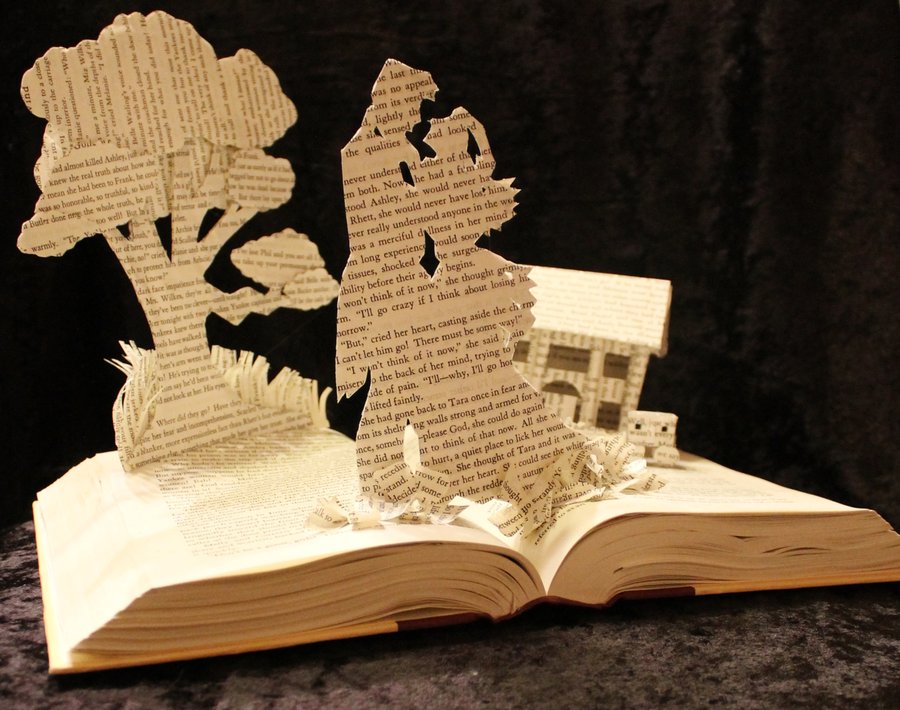 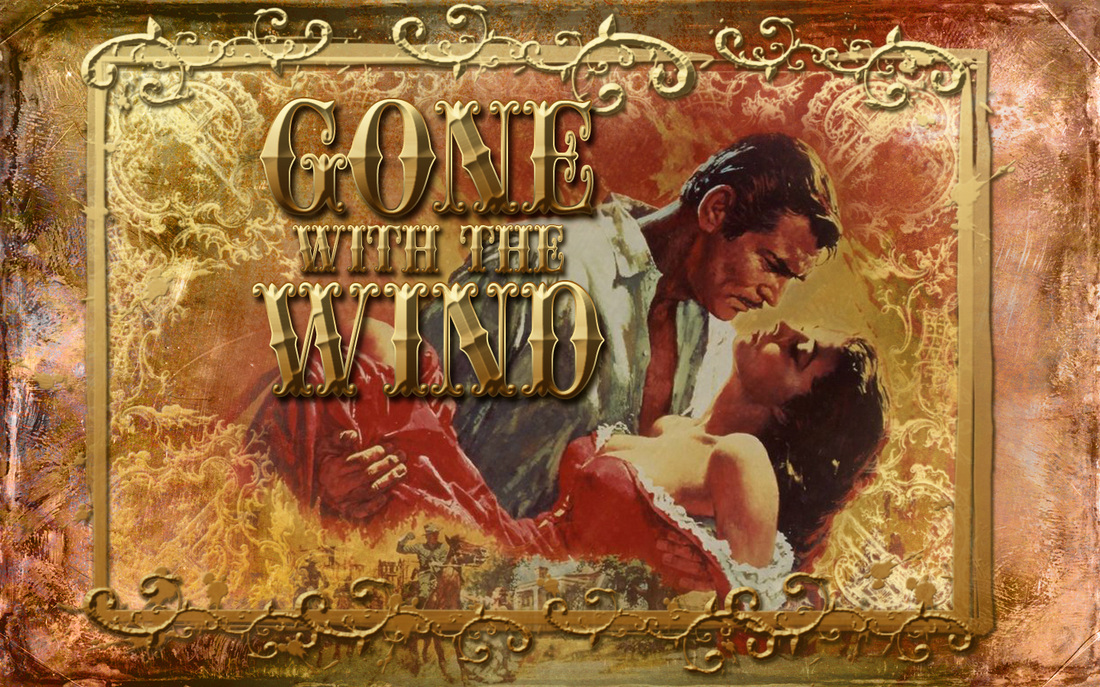 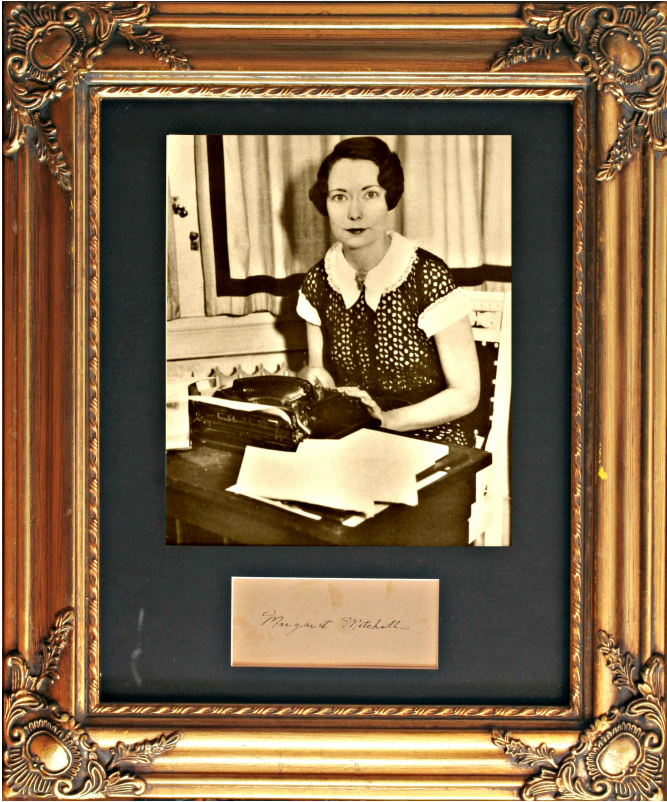 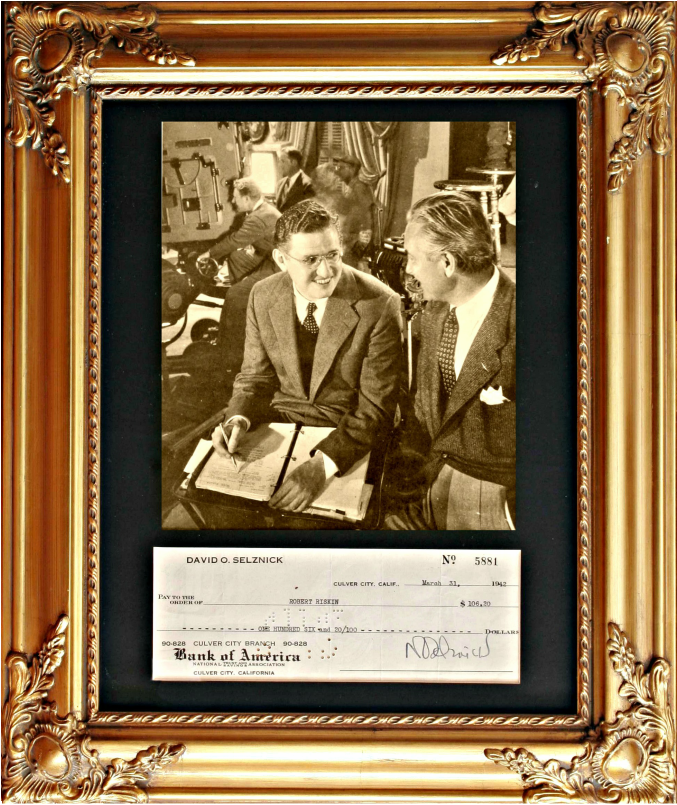 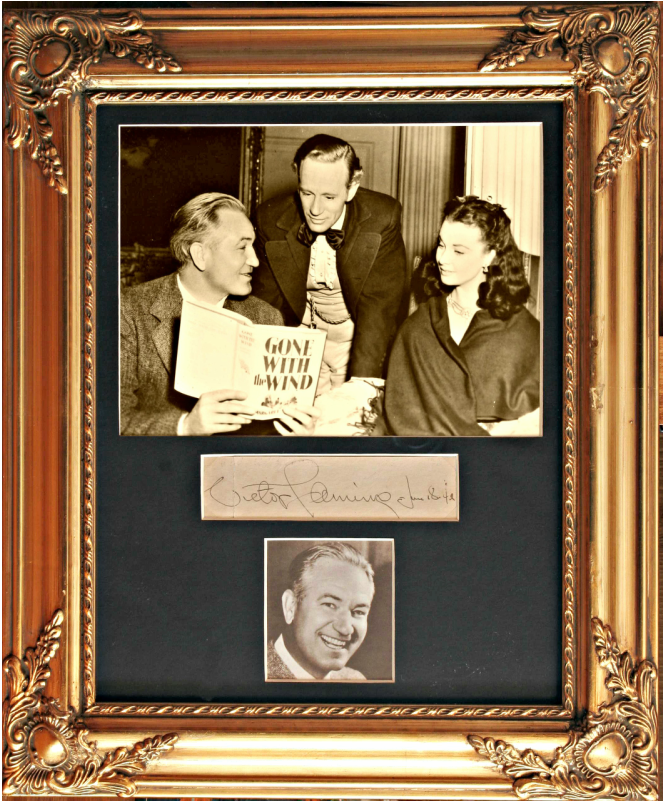 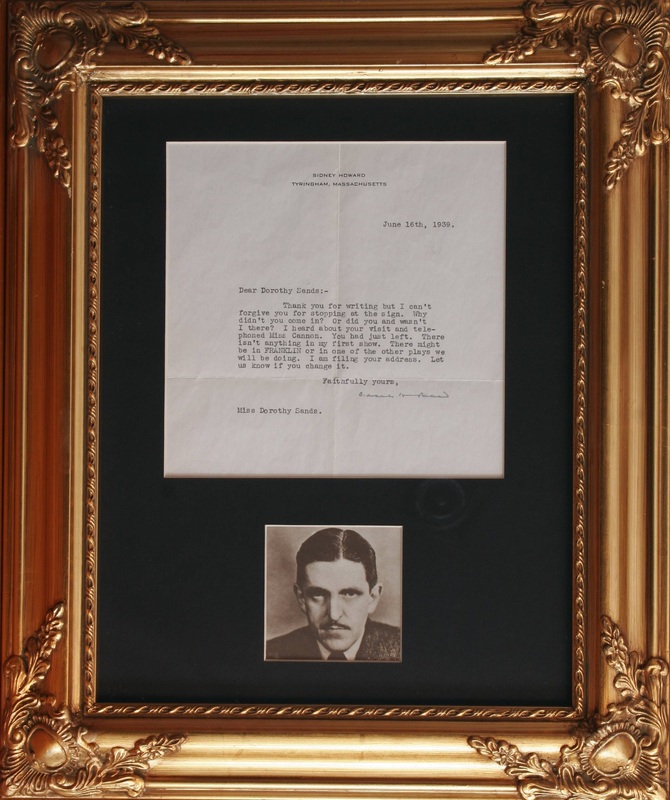 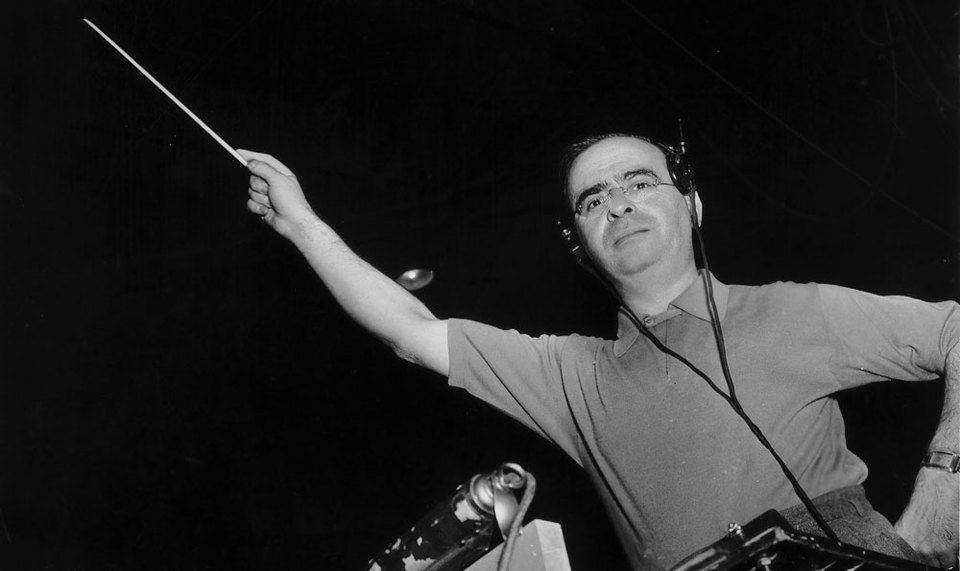 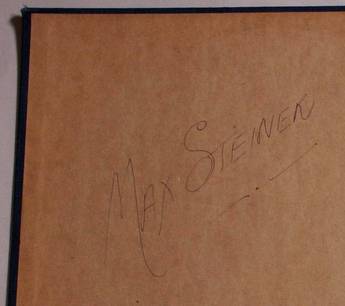 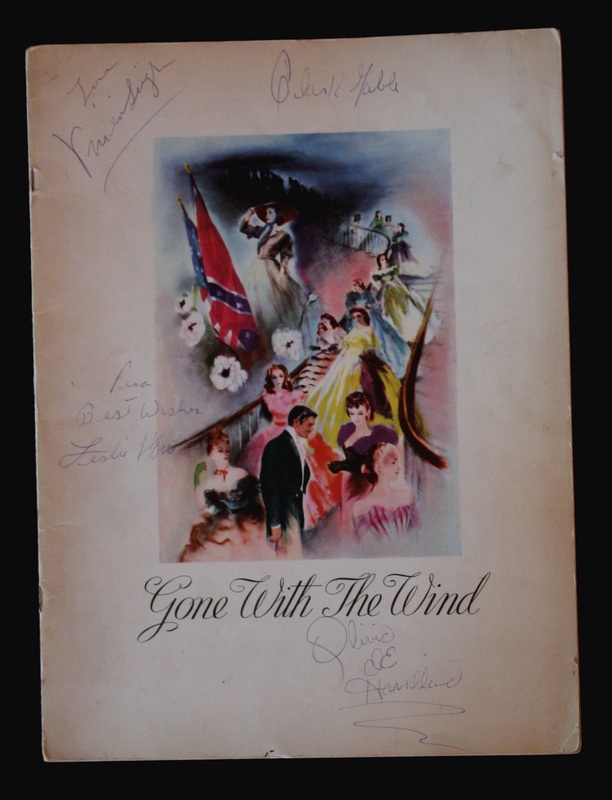 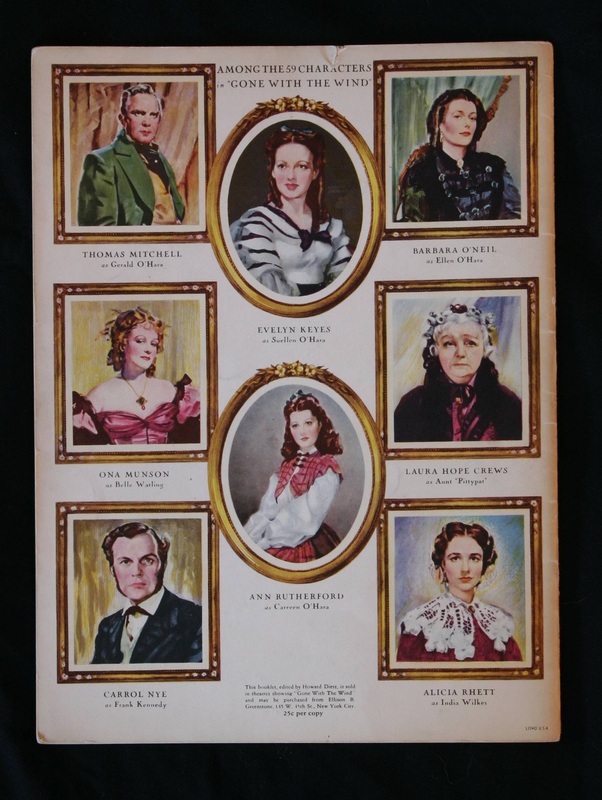 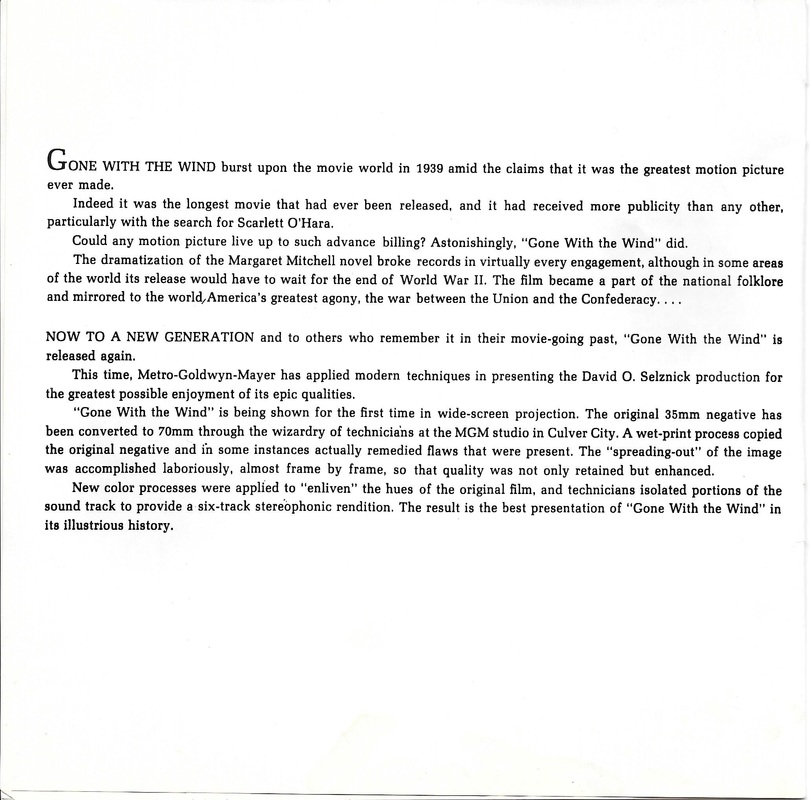 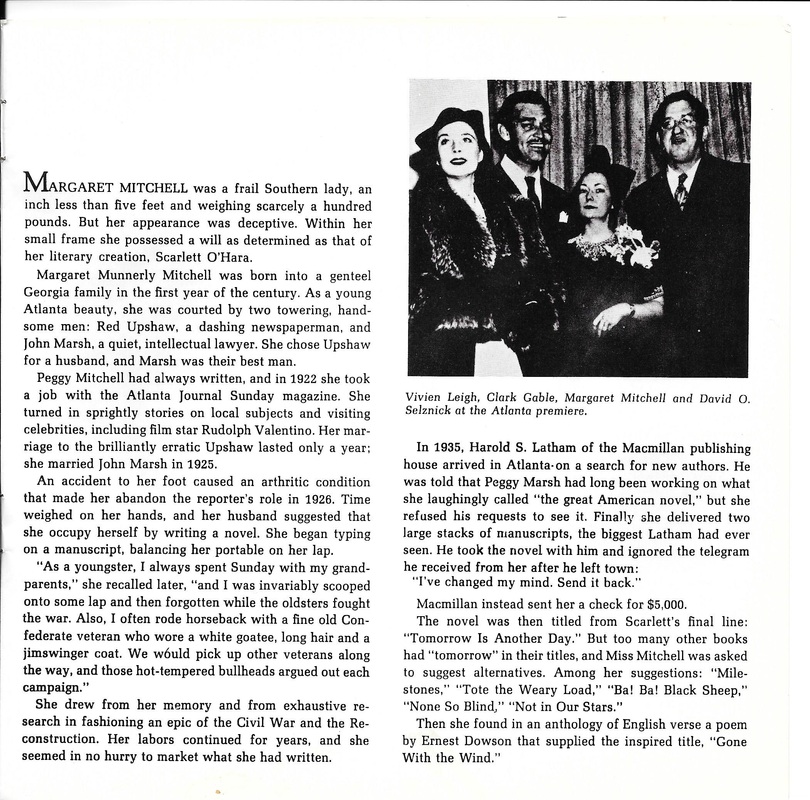 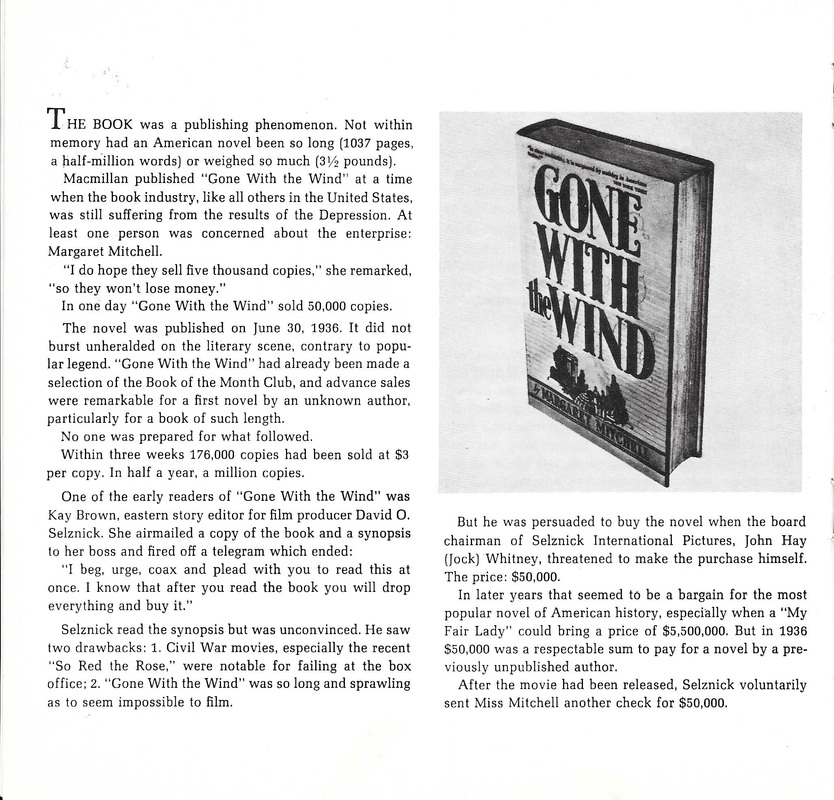 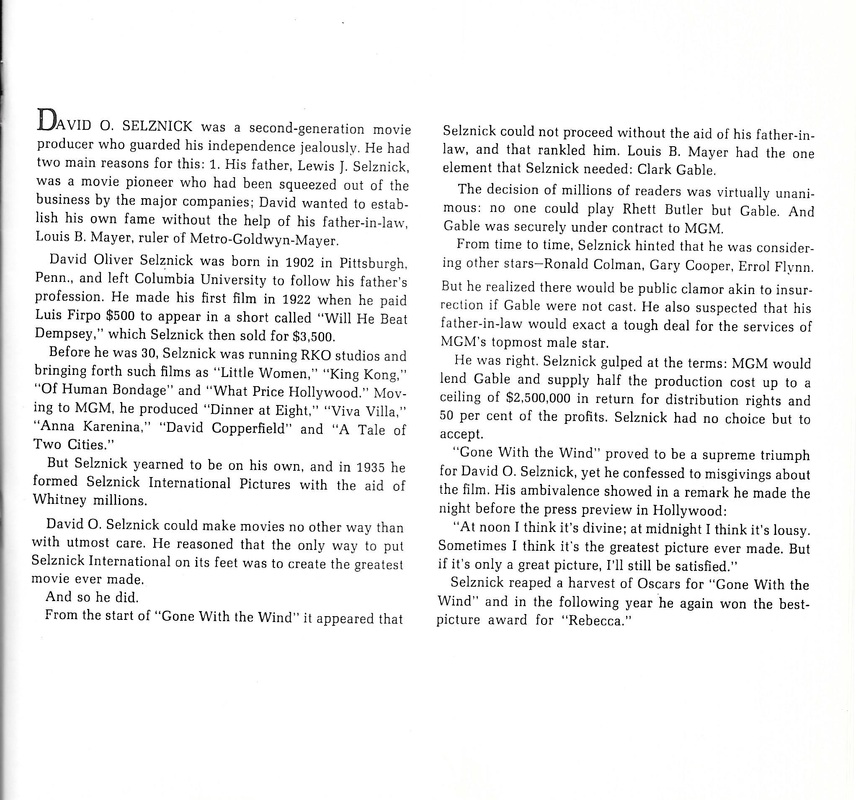 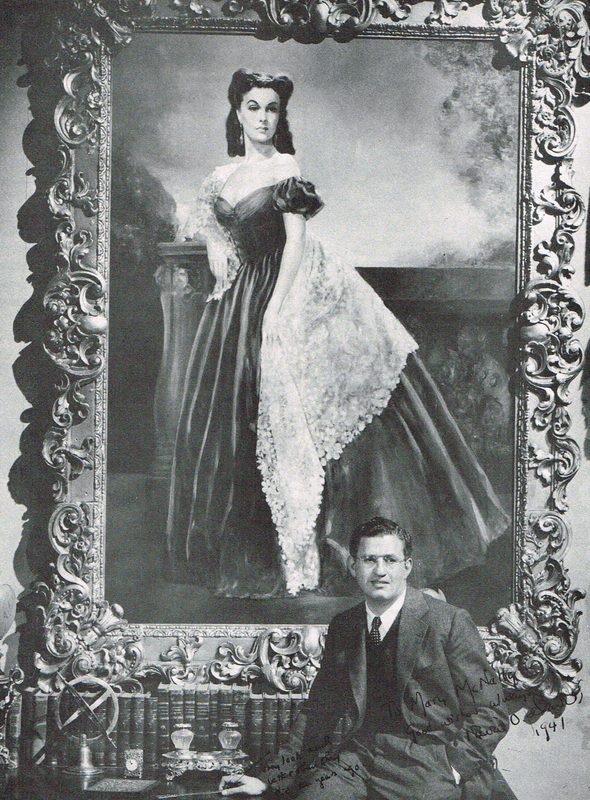 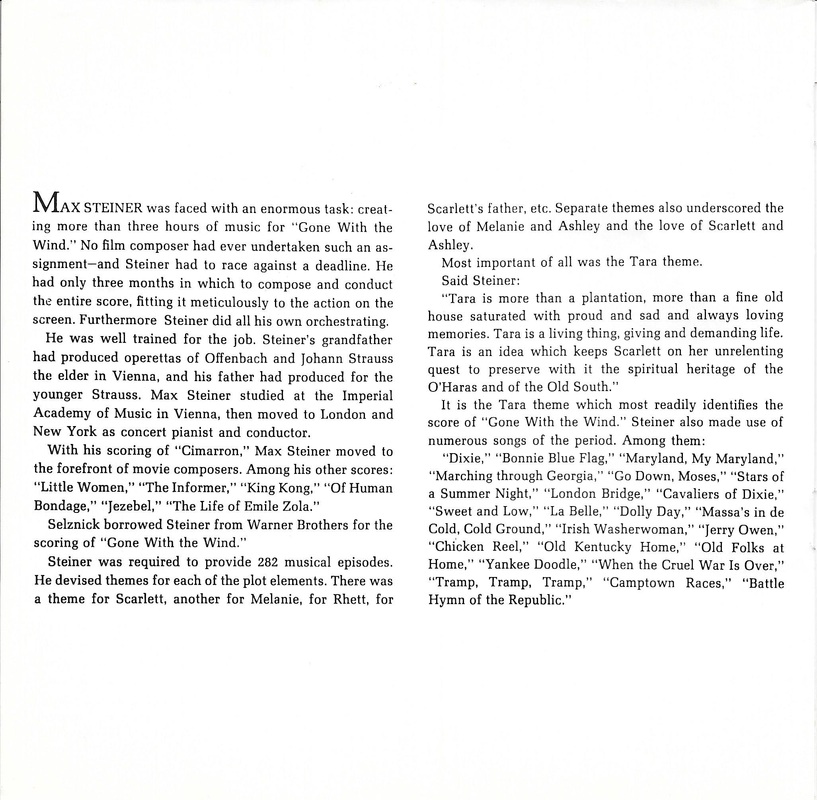 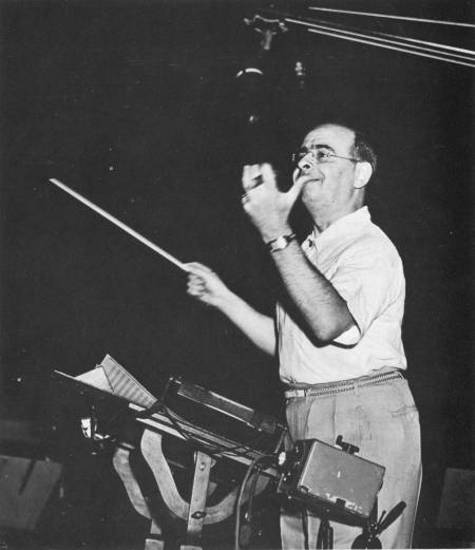 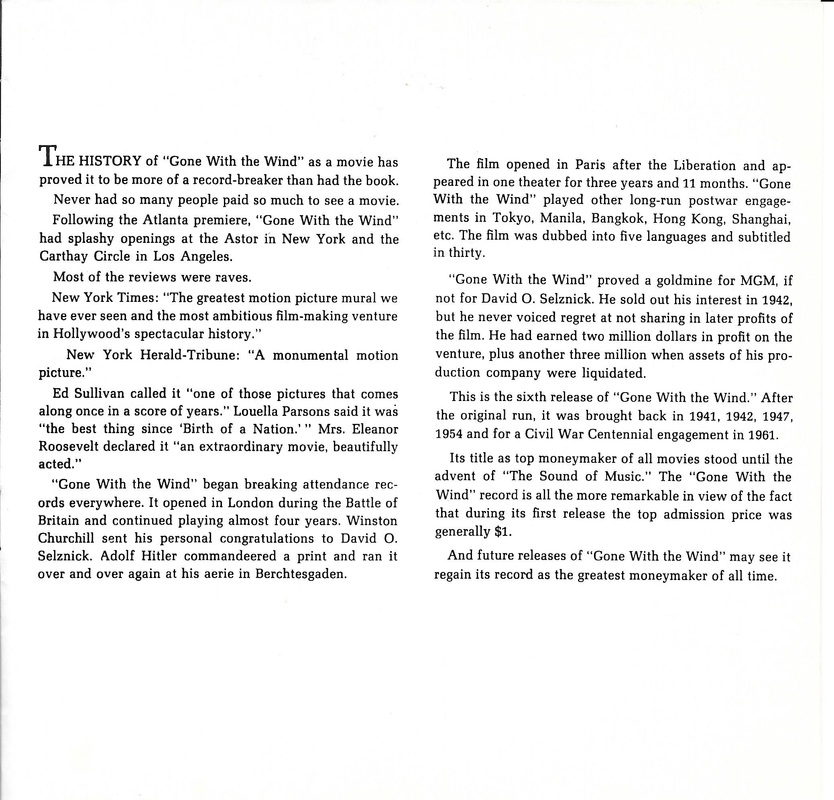 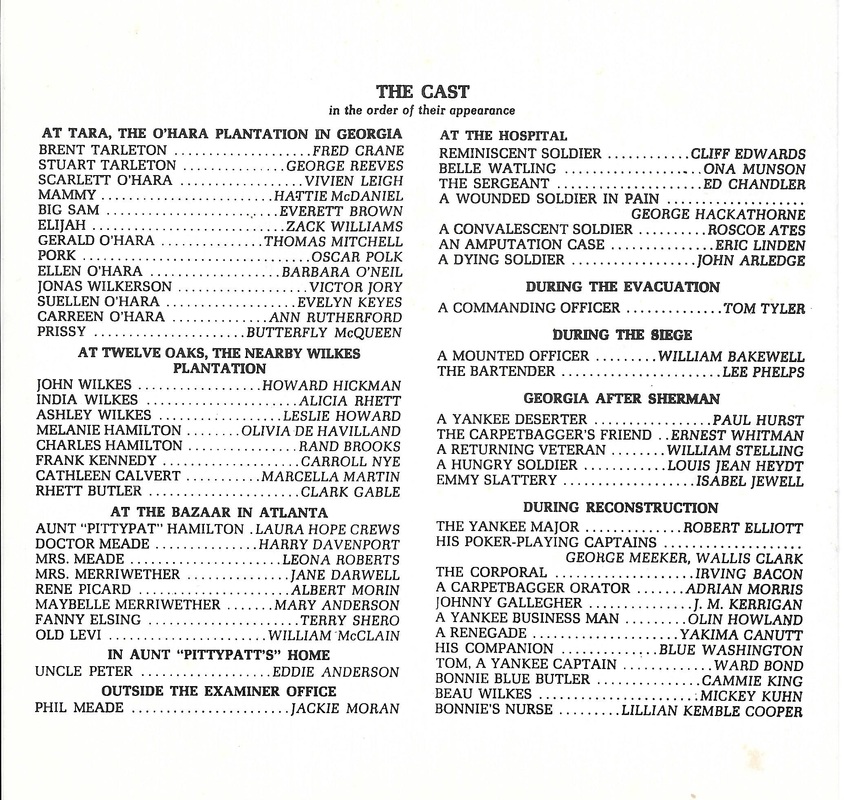 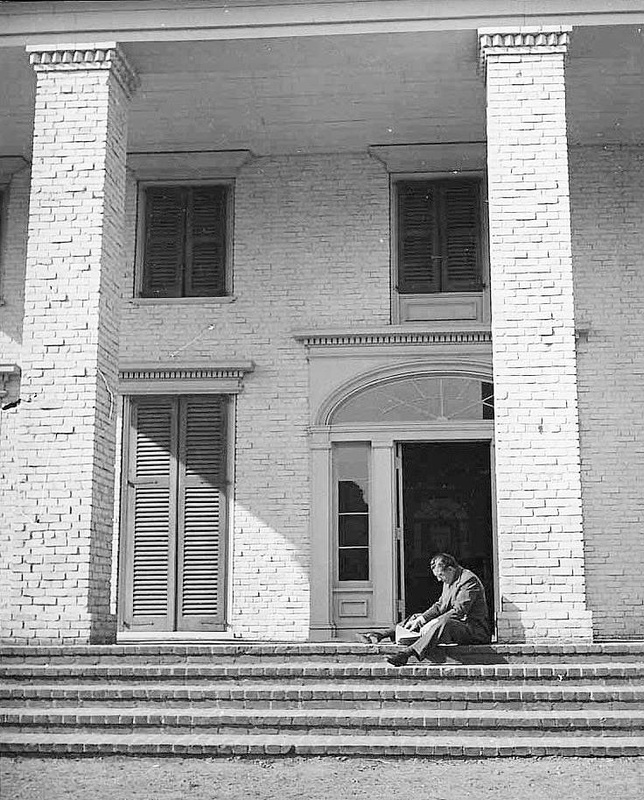 I wanted to share with you a fb post that my friend, Peter Bonner, wrote about the Tara facade that I thought you'd find interesting and am posting here with his permission. Peter has also written two super books entitled, Lost in Yesterday and The Official Guide To The Saving Tara Project.

This morning I’ll finish my story of the Tara façade, so gather around me in the living room (but don’t sit on the furniture, that’s why we have it covered in plastic) and I’ll continue on from where the Tara façade is now sitting in a couple of old chicken houses in Alpharetta, Georgia (20 miles north of Atlanta).

The late Mrs. Betty Talmadge (wife of the former Senator Herman Talmadge) heard about the existence and storage of the Tara façade and sought out Mr. Julian Foster (the owner who brought it from Hollywood) to take a look. Mrs. Betty was already using her home (known as the Lovejoy Plantation) as an event location for large corporate parties; she had authored at least two cook books and had begun an enterprise called Talmadge Farms which was selling country hams, sausage, bacon and baloney from a plant on the property,….so she was ready for another money making project.

When Mrs. Betty met Mr. Foster in Atlanta he told her that he would be glad to show her the Tara façade with the hopes that she would find it suitable for purchase, but due to insurance concerns he would have to blind fold her so its location could remain a secret. Mrs. Betty agreed and so off they went to Alpharetta, Georgia (at least 50 miles from her home in Lovejoy) and there she first set eyes on the pieces of the most iconic of all movie sets,….stuffed into a couple of little shacks (like sausage squeezed into a skin). After viewing the items Mrs. Betty was again blindfolded and taken home to consider the purchase.

Mrs. Betty did call back Mr. Foster and work out a deal to purchase Tara, however before she could take possession Mr. Foster died and the movie set she had planned on presenting to the world was still stuffed in some buildings in “god know’s where”….north of Atlanta. Being the wife of a United States Senator and the daughter in law of the former Governor of Georgia has its perks and so Mrs. Betty was able to enlist the help of troopers from the Georgia State Patrol, the Georgia National Guard (with a helicopter) and the Secret Service (but they won’t admit to it), but this accomplished nothing but a detailed map of all the places the Tara façade….WASN’T! So Mrs. Betty asked Mrs. Fosters widow to look thru his check book and there she found a cancelled check for the rent on a couple of small buildings on a back road in Alpharetta…and low and behold….Tara was found.

After Mrs. Betty and a host of friends and associates brought the Tara façade to her home in Lovejoy (the Crawford-Talmadge House, Lovejoy Plantation) she set about contacting any and all who would be interested in displaying Tara in their museum. During this time she was approached by the Atlanta History Center’s late Franklin Garrett concerning the display of the front doorway and Mrs. Betty agreed. She even paid the $6,000.00 cost to restore the front door and door of Tara so that it might be displayed at the Atlanta History Center during the fiftieth anniversary of Gone with the Wind in 1989. Later she would agree to allow it to be put on temporary display at the Margaret Mitchell House Museum which is where it remains at present. However, in spite of Mrs. Bettys attempts to turn Tara over ot those who could display it, all the efforts failed and at the time fo her death the Doorway was still on temporary display at the Margaret Mitchell House and the rest of the Tara façade sat, forgotten in the dairy barn that became its home in 1980.

Due to my relationship to Mrs. Betty and her family (I told stories for her events at the Plantation and later after starting me Gone with the Wind Tour in Jonesboro, Mrs. Betty would ask about my work and remind me to come tour her home, if I brought “at least 25 friends”) I had talked to her son Gene about the possibility of Tara being displayed and I knew he wanted to see it somewhere other than in storage in the barn. Each time the renewal agreement arrived from the Atlanta History Center for the front door, Gene would simply set it aside without signing because he didn’t want to tie it down to the History Center but didn’t want it setting in the barn. It was my success with the creation of the Gone with the Wind Tour in Jonesboro that brought the Talmadge’s to agree to let me try and build the brand and show Tara to the world since Gene and I had talked of its situation many times.

So today, the Tara façade (including the front doorway) is still the property of the Talmadge family and I am simply the storyteller who has been given the opportunity to “give it a try” and see if anyone still remembers the story of the time “of cavaliers and cotton fields…”and wants to see the movie set that was built as the home for the O’Hara’s and their daughter Scarlett. At this point I think we know the answer as the facebook site has grown in a year from nothing to over 22,000. So the work will go on, not to rebuild Tara using the original pieces but first to stabilize those pieces which were part of the set, to stabilize the pieces of the Fitzgerald House (Margaret’s Tara in her book) and display it all in a better building,…preferably on the property of the Lovejoy Plantation. And THEN set about to replicate some of the most well-known pieces of the set so that her visitors can see the original side porch and then set on a replicated one as they learn the true story of that period of time…and appreciate the movie that brought it to light and created such interest.

So there is the tale of Tara in a nutshell. But of course there is no ending for the story continues as I drag my wife and a bunch of enthusiastic volunteers into the dairy barn that houses Tara and being work on the next piece of the puzzle.

I’ll be looking for you, up at the gate.
Peter